Many adjectives can describe this year for the ARM Industry. Dynamic maybe the most appropriate given the full implementation of Regulation F and the over-expanding authority of the Consumer Financial Protection Bureau. 2022 was a year of “initiatives” and policy statements which will translate into affirmative action by both the CFPB and state regulators. Unlike 2020 and 2021, ARM Industry participants saw a decline in placements but an uptick in scrutiny upon credit reporting and the collection of medical debt. By the middle of the year it was apparent that unfair, deceptive and abusive acts and practices (“UDAAP”) were not only going to dominate the conversation but be transformed into a tool that would tackle discrimination. Below is the good, the bad, and the ugly of the year that was.

Whether you like it or hate it, Reg F brought regulatory consistency to the industry. Although some of the Reg F requirements were difficult to implement, like the Model Validation Notice, finally having regulations that clarify and interpret the Fair Debt Collections Practices Act (FDCPA) was a welcome change.  FDCPA lawsuits still continued on a downward trajectory.  Although we are seeing some lawsuits challenge the Reg F requirements, they are few and far between.

It also appears that the CFPB has moved beyond Reg F.  Rumors of its demise were greatly exaggerated. Similarly, consumers were not bombarded with unsolicited emails and texts as predicted by consumer advocates. In fact, the CFPB has questioned why the industry has not more fully adopted electronic communication channels, when it is evident that consumers’ demand is still high for those options.

2022 will be known as the year of technology for the ARM Industry. At no time in history has there been more intense interest in the ARM industry from outside investors, private equity and others in building and developing new systems and platforms to support debt recovery. This past year saw a slow but steady build into the use of electronic communications, like email and text. While many participants and larger clients are still shy to adopt these omni channels, consumers demand for these types of technologies will give creditors and clients little choice but to put these tools into place.

The Credit Reporting and Collection of Medical Debt

From the ringing in of the New Year, the bull’s eye was on the back of medical debt whether it was being collected or reported. First came the No Surprises Act. Debt collectors collecting on unpaid medical debt were now subject to this legislation in addition to the FDCPA. Taken together, debt collectors were prohibited from collecting on any debt that No Surprises Act prohibits.

In March, the CFPB issued a report titled Medical Debt Burden in the United States  which looked to provide data and perspective around the $88 billion of debt that was being reported on consumer tradelines. At the same time, all three credit reporting agencies announced sweeping changes to the reporting of medical debt including but not limited to extending the time period when unpaid medical debt is first reported from 6 months to one year, removing paid medical debt from all credit reports, and starting in 2023 declining to report any medical debt under $500.00.

The CFPB’s medical debt report was only the beginning. The White House jumped on board to announce new initiatives to combat the collection and reporting of medical debt  which would hold medical providers and debt collectors accountable for harmful practice, reduce the role that medical debt plays in determining whether Americans can access credit, and provide medical debt forgiveness.

The CFPB continued to issue advisories, interpretive rules, consent orders and amicus briefs that focused on medical debt and credit reporting throughout the year, all of which lays the ground work to support their pending examinations and investigations. For those in the ARM industry who collect and report medical debt, intense scrutiny will continue into 2023.

The CFPB’s focus on junk fees is puzzling not because the fees were not authorized, rather because the CFPB views them as unnecessary or excessive. While bank overdraft fees seem to be the main culprit, the CFPB is looking at any and all consumer financial products and services. In January the CFPB issued a request for public comment from consumers to share their stories about excessive fees including their experiences where a fee seemed too high for the purported service.

Clearly the CFPB is looking to establish a baseline of what is a fair fee from an unfair fee, despite the fact that the fee was disclosed and consented to by the consumer. However, for debt collectors this poses significant challenges when it comes to compliance with the FDCPA. Will debt collectors be responsible for determining whether a fee associated with an underlying debt is unfair before attempting to collect? Debt collectors are only permitted to collect fees that are expressly authorized by an agreement or permitted by law. If a fee is determined unfair although expressly authorized, can a debt collector still collect on the debt? This will be significant debate in the coming year and one that will require debt collectors and their clients to make clear-cut determinations of what makes up the balance of the debt to be collected.

If there is one area that the Bureau seems to be systematically and strategically building up a ground game is in the area of UDAAP. Coming from the Federal Trade Commission, Director Chopra clearly understands how to utilize an agency’s enforcement regime to define what practices can be deemed unfair. In addition to supervisions and enforcement, the Bureau will use and consider additional tools to expand its UDAAP authority.

The first shot across the bow came in March when the CFPB updated its examination manual for evaluating UDAAPs which included examining for discrimination in all consumer financial services markets, even in areas where fair lending laws may not apply. This will cover debt collection and consumer reporting. The examinations will look to see how companies test and monitor their decision-making processes for unfair discrimination and the steps taken to remediate the same. Two months later the CFPB came out with an Advisory Opinion that reinforced that the Equal Credit Opportunity Act (ECOA) bars lenders from discrimination well after a borrower has received its loan. Many see this Advisory Opinion as an expansion of ECOA to a lender’s service providers, including debt collectors.  When the CFPB speaks of discrimination, it does so in terms not of outward or obvious discrimination but of disparate impact. In other words, discrimination based upon subsequent outcomes, even if all persons are otherwise treated the same. This is an incredibly difficult lift.

In April, the CFPB announced that it was invoking “dormant” authority to supervise any non-bank financial companies that purportedly pose risk to consumers.   The CFPB will use a procedural rule to increase the transparency of the risk-determination process. Entities subject to supervision based on risk are given notice and an opportunity to respond but traditionally the release of that risk-determination decision was not published. However, the CFPB proposes authorizing the release of certain information about any final determination made. The company involved will have an opportunity to provide input to the CFPB on whether that risk-based determination should not be made public.

Finally, last week the Bureau announced that it was proposing requiring certain nonbank financial firms to register with the CFPB when they become subject to certain local, state, or federal consumer financial protection agency or court orders. Thus, any non-bank firm that runs afoul with a regulator will forever be scrutinized and over-coming the label of “shame” may be hard to do.

This intense focus on discrimination and targeting financial services entities, including the ARM industry, based upon potential risk is fair warning that a robust and well-executed compliance management system is mandatory in order to meet the expectations, not only of the CFPB, but state regulators as well. It seems clear that the CFPB is attempting to invoke lasting implications upon the financial services entity well beyond any examination or investigation has concluded.

Training and monitoring of consumer-facing employees will be critical to ensure that an organization is compliant and not engaging in any sort of discrimination or unfair treatment. Technology will support and help the credit and collections industry meet these new and demanding obligations with ease and efficiency, in order to produce the outcomes a regulator wants to see. The investment needs to be made now. The CFPB is putting into place mechanisms to ensure compliance. Failure to comply will result in long-standing and very public reputational risk.

“Training and monitoring of consumer-facing employees will be critical to ensure that an organization is compliant. Technology will support and help the credit and collections industry meet demanding obligations with ease and efficiency, in order to produce the outcomes a regulator wants to see.”

“Our challenge going forward is to position our industry and our companies as desirable places to work. We must implement diversity, equity and inclusion in our workplaces, and get the word out that we have changed. Ask your newest employees for feedback—what would make our workplace desirable for their friends and acquaintances? In this post-pandemic world, getting people to crawl out of their comfortable cocoons may be difficult, but it can be done!”

“In the last few years, the buzz of the call centers faded away. Now that many people still have the opportunity to continue to work from home, performance directors need to pivot their focus. We need to ensure that the training is effective in this new environment. The move is from hours in a classroom setting to immediate, personalized micro-learning units that enforce the corrective behaviors.”

“The digital collections movement continues to be in full steam and we are excited to see all of the new technologies that are coming into the ARM industry to help drive enhanced collection performance in a compliant manner. We anticipate additional M&A consolidation globally in the ARM industry, as more digital ARM companies look to accelerate market entry and obtain blue-chip clients and deploy digital-first solutions.”

“Digitization will be critically accelerated in 2023. Recovery organizations may be required to furnish consumers’ account data through consumer-selected platforms that will likely be different from organizations’ traditional payment portals. Organizations should start preparing their technology and operations for that contingency now to harness the trend to their benefit.”

“Data is the new oil, and extracting data from all sources, especially voice, will be a must-have in 2023. We are in the age of machine learning, and ML runs on data. Getting ALL the data and getting it into one place for the ML to do what it can are the key differences between organizations that will make it and those that don't.”

“In 2023, collectors and creditors will be required to work closer together. Reg F oversight requirements have created a new reality of shared compliance responsibility. Servicers and creditors can better collaborate by using new data-driven compliance platforms that provide all parties with critical insights and generate the transparency and trust needed to succeed in a tightening regulatory climate.”

Intrigued? Want to read some more? 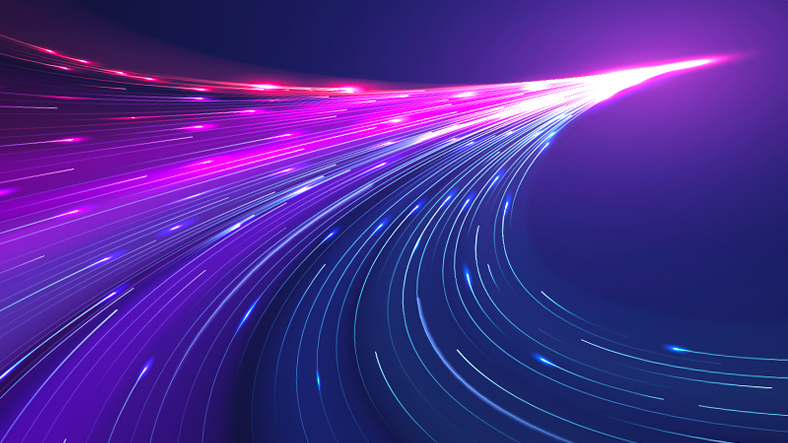 What Will 2023 Bring for the ARM Industry? We Asked the Experts.

As 2022 nears its end, we sat down with ARM industry experts and asked them to share their predictions for 2023. Where do they see the industry going? In a climate that will undoubtedly be characterized by changes, how can ARM businesses prepare to best position themselves in this evolving market? 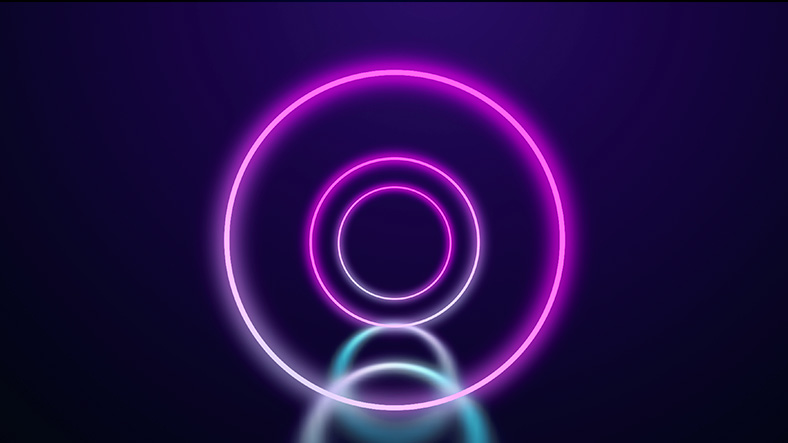 Tech is Driving Success for Savvy Debt Collectors: Here's How

Consumer debt rose to a new high of $15.6 trillion in the last quarter of 2021 from $14.3 trillion in the first quarter of 2021. More debt means more collections, but it also means more pressure on operations and staff, particularly as rising financial hardship increases the complexity of the recovery process. In his latest Finastra blog, our CEO Nir Laznik, shared how technology can improve an organization’s compliance function and overall operations. 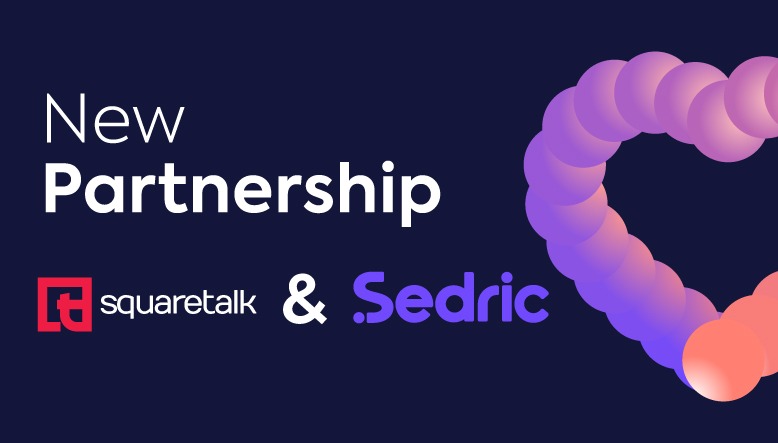 Your submission has been received!
Oops! Something went wrong while submitting the form.